While there has been research evaluating the effectiveness of helicopter emergency medical services (EMS) and conversation surrounding the overall safety of helicopter transport, the monetary affliction that patients face is also an important consideration.

Utility
In Wisconsin, where traumatic and unintentional injury as well as acute medical issues can occur great distances from the nearest medical facility, every second counts during transport. Rural homes are often difficult or impossible to access efficiently via ambulance, requiring the use of helicopters, and as of the 2010 census, about a third (29.9%) of Wisconsinites were living in rural areas.¹ In a recent study of rural transport, patients suffering traumatic injuries secondary to motor vehicle accidents had significantly improved outcomes with helicopter EMS as compared to ground transport.² However, recent studies have focused on mortality in other parts of the country, and we do not know much about HEMS effects on morbidity or the general effectiveness in Wisconsin.

Safety
Many industries in the United States are continuously looking to improve the safety of helicopter EMS, such as enhanced vehicle precautions, improved triage guidelines, and more. Decreasing the overall usage of helicopter EMS, while being careful not to negatively impact patient outcomes, intuitively can decrease the rate of adverse events. This was done in Maryland where modifications to the statewide EMS protocols successfully reduced the utilization of helicopters while improving patient outcomes.³ Similar changes to reduce the number of unnecessary flights could be beneficial in Wisconsin.

Cost-Burden
In a recent consumer alert by the National Association of Insurance Commissioners, the average air ambulance trip was estimated between $12,000 and $25,000 per flight.⁴ When performed in-network, these costs typically are added to the total hospital bill when the flight is deemed “medically necessary” by the insurance provider, meaning the most a patient will have to pay is their out-of-pocket maximum. However, what happens when air medical transport is performed out-of-network? Payment varies considerably based on health insurance coverage, and even with substantial private insurance, much of the bill may fall to the patient.

Many helicopter EMS programs in the United States band together to form membership programs, such as Life Flight, AirMedCare, and Air Methods. Members pay an annual fee (usually $60 to $100 per year) to cover themselves and their dependents. Those enrolling in the membership program must have some form of insurance to be eligible, but in the event that airlift is needed, a covered person is not responsible for any portion of the cost—the membership organization will pay anything not covered by the patient’s insurance. Issues arise when a patient is airlifted by a helicopter service not participating in the membership program, leaving the flight uncovered. One way to alleviate this issue would be to create a state- or region-wide membership program. By collaborating across competing air ambulance services to facilitate cost-conscious emergency transport, out-of-pocket expenses for patients could be decreased substantially. Unfortunately, most of Wisconsin is not included in these membership programs, and a large barrier prevents this from happening. The Airline Deregulation Act (ADA), legislated in 1978, encourages competition in the airline industry by prohibiting states from regulating air carrier prices. This has contributed to the high costs associated with air medical transport; and a federal law that encourages competition and, in turn, profit seems unethical in this setting. The Isla Rose Life Flight Act, which was introduced in the Senate in 2017, attempts to override the ADA in the setting of air ambulance services. I believe this could be tremendously helpful in decreasing the costs associated with helicopter EMS.

By working together, we can create a more patient-friendly HEMS system in Wisconsin. (See Figure in pdf.) When seconds matter in life-altering situations, cost determinants should not have to be a part of the equation. 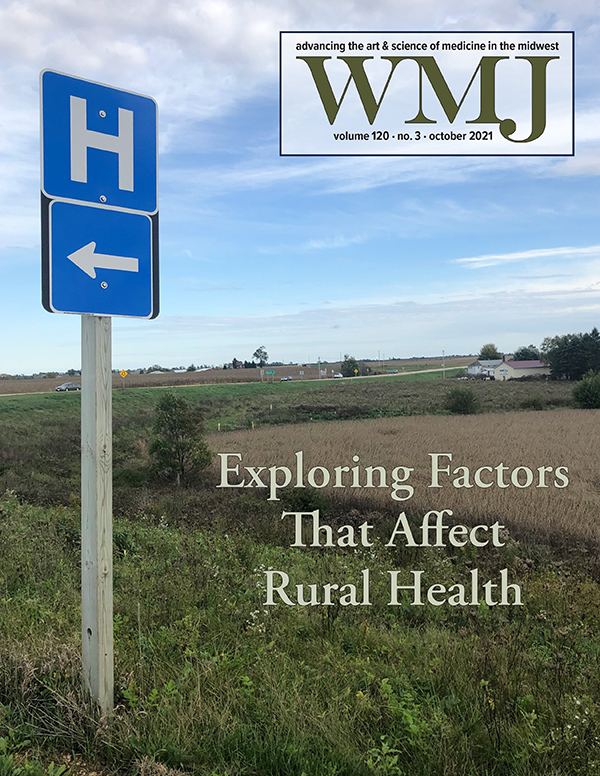