Darold Treffert was a remarkable person and physician in so many ways it is difficult to list them all. He was a terrific public-minded clinician, and his tremendous warmth and intelligence no doubt let him explore areas of autism and families into which ordinary clinicians would never have been allowed. He was genuinely interested in the lives of these remarkable people, and he was trusted at a time when medicine was beginning to lose its place of trust in the public eye.

He was an enthusiastic and observant clinician who understood and studied savant syndrome, a variant of the Autism Spectrum Disorder and, through that work, established and led a worldwide network of families and clinicians who helped each other and helped him become a widely known expert in savant syndrome and its manifestations. He wrote about autism and savant syndrome for clinicians and communities and families. He was an engaged and committed member of the psychiatric profession and consulted anywhere he felt that the medical community could benefit from a deeper understanding of an increasingly public behavioral health issue.

He served his profession as a leader of institutions – mental health institutes and psychiatric societies – and of medicine in the state of Wisconsin – he was Wisconsin Medical Society president and board chair and for decades was involved with the State Medical Examining Board, helping physicians in difficulty by holding all of us accountable to our profession’s highest ideals. He served the Appleton and Fox Valley region through his work with community organizations and professional service. He was very much in the historical mode of clinicians willing to step up for their profession and civic-minded leaders willing to serve their communities.

When I began with the editorial board of the WMJ, Darold was already on the board. He was a warm and compassionate person with a clear idea of the qualities of a caring physician, which he demonstrated through example. All of us benefitted from his tremendous experience and the long view of mental health and of physician behavior he brought to the table and from his willingness to reflect with us on some of the thorny problems of reviewing, editing, and publishing the work of physicians in the state and region. As editor, I would frequently seek his advice on how to deal with people, decisions, and issues, such as making rejections less painful for authors. He was a continued presence in the WMJ until his death. And he continued to write and publish new and interesting data and observations about savant syndrome gleaned from the enormous network of families and physicians he created, and he continued to publish his work in the WMJ. It was humbling to see his submissions, knowing that he could have published them in a “bigger” and more prestigious journal. Instead, he supported the WMJ and undoubtedly helped its visibility and added to its prestige.

So many of us benefitted from Darold’s thoughtful counsel: patients and families, colleagues, students and residents, and neighbors. It was a privilege to know him and experience the joy with which he approached medicine and life. 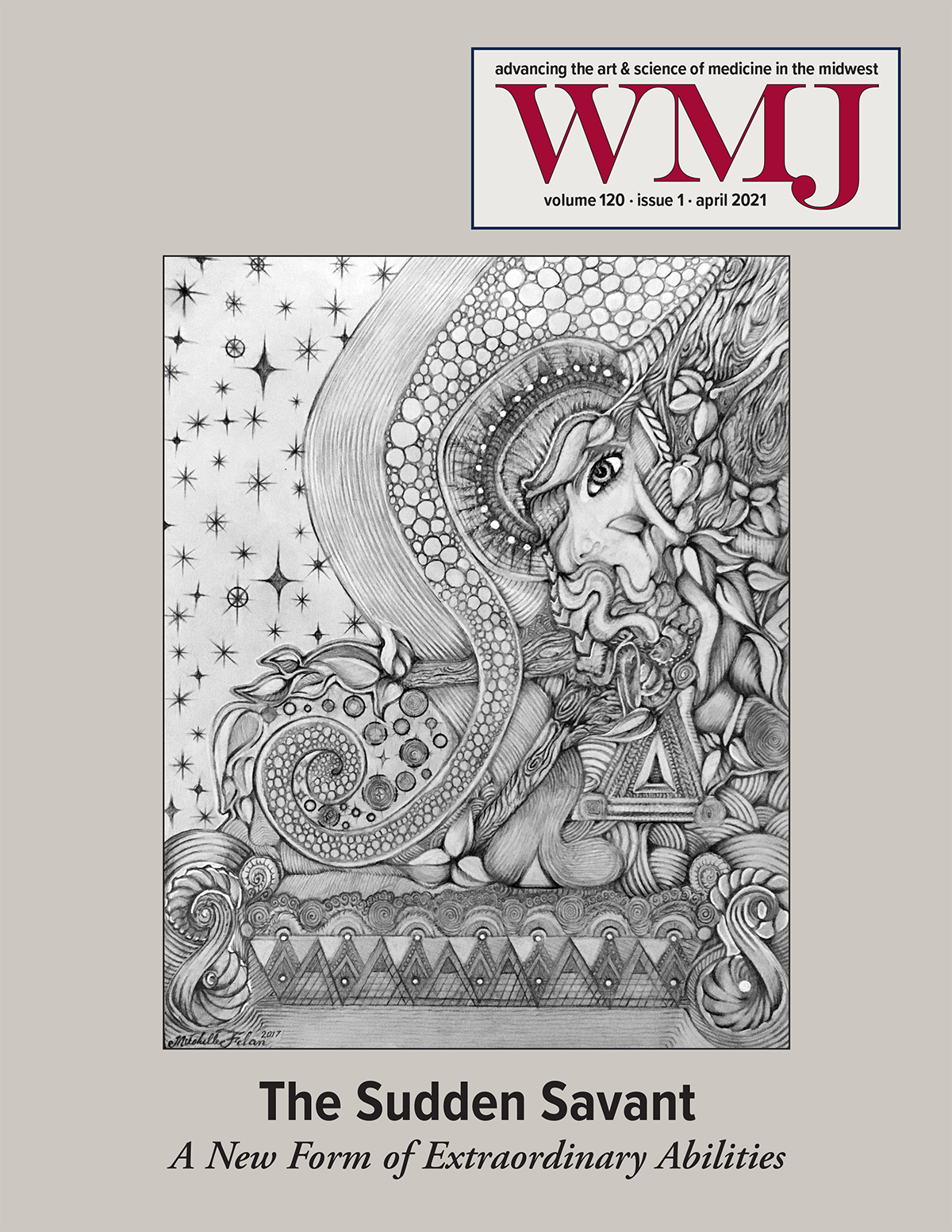