Wisconsin is also among the worst states for Black men’s health (See Table in full-text pdf). It has the highest all-cancer incidence rate for Black men in the United States and the second highest all-cancer death rate.3 When compared to White men in the state, Black men are 40% more likely to die from their cancer diagnoses.4 The inequities are even worse for some other conditions. In 2018, the death rate for Black Wisconsinites with diabetes was over 78% higher than for White Wisconsin residents.5

Systemic racism contributes to both the disproportionate incarceration of Black men in Wisconsin and to their poor health status. Also known as institutional racism, systemic racism refers to well-established institutions and laws that exist in a society; unlike individuals, these institutions and laws are thought to be wholly objective and without bias. Further investigation and analysis, however, reveals that these fundamental building blocks of our communities are indeed biased, very often against Black men and women. It is difficult to identify the precise effects of incarceration and Blackness on a person’s health given the nature and complexity of studying systemic racism. As a result, there is a lack of research in this area. However, there are data suggesting that each year of incarceration is associated with a 2-year loss in life expectancy—even after release.6 There is also evidence that the challenges in the immediate post-release period create significant barriers to accessing care and prioritizing personal health. This is consistent with studies showing the negative effects of other structural determinants of health – such as food and housing insecurity, lack of health care services, and unemployment – on the well-being of recently released individuals.7

One of the structural barriers to health care for justice-involved people in Wisconsin has been the state’s policy on Medicaid coverage for these individuals. At least 70% of those incarcerated in Wisconsin are eligible for Medicaid,8 and until October of last year, our state was 1 of 8 that terminate an individual’s Medicaid enrollment upon incarceration.9 While this is a welcome change in policy, it remains to be seen how it will be implemented and what its impact will be. As an example, compared to other states where someone who is incarcerated can begin the Medicaid re-enrollment process upon prison or jail intake, people in Wisconsin can only begin the process on or after the 20th of the month prior to their release. This short time frame almost certainly contributes to inadequate coverage at the time of release and decreased access to care, and it is unclear how or if the new policy will address this.

Even under the new policy, each time an individual is reincarcerated, his or her Medicaid will be suspended, jeopardizing both access to and continuity of care. Once more, this is especially relevant for Black Wisconsin residents, as this population is more likely to be reincarcerated despite recidivism rates nearly identical to those of White residents.10-12 Our state is notorious for its high incidence of “revocations without a new offense,” the Wisconsin Department of Corrections (WIDOC) calls them, which occur when an individual is put back in prison or jail for breaking the rules of his or her supervision without any additional criminal proceedings or convictions. These revocations disproportionately affect Black residents, who made up 40% of those reincarcerated this way in 2015, while the Black population in Wisconsin that same year was 6.6%.10 Revocations, in conjunction with other factors in the community and criminal justice system, create a cycle of reincarceration that compounds the negative effects of incarceration on health and health care access.

People with a history of incarceration are more likely to have significant medical diagnoses prior to incarceration, particularly mental health and substance abuse diagnoses. Over 9% of people in our state prisons are treated for serious mental illnesses, including schizophrenia, psychosis, major depressive disorder, and bipolar disorders, among others.13 Another 32% receive mental health services without a serious mental health diagnosis.13 A precise estimate of how many justice-involved people have substance abuse disorders is difficult to discern, though some estimates suggest the number is well over 75%. However, there is good data showing the disproportionate risk of death from substance use, including opioid overdoses and alcoholic liver disease, that Black men face in this state, again compounded by their increased risk of incarceration.5,14 Beyond mental health diagnoses and substance abuse disorders, justice-involved individuals in Wisconsin face higher rates of communicable diseases than the general population, such as hepatitis C.15 Less research has been done in this population on noncommunicable chronic diseases, including hypertension, diabetes, and cancer, but we do know that these conditions disproportionately impact people of color and those with lower socioeconomic status.

There are direct and indirect economic consequences of incarceration that affect everyone in our state. Wisconsin spends more per capita than the national average on its incarceration system, and the WIDOC budget has increased in recent years while other state programs have faced funding freezes or cuts. Between 2015 and 2017, the WIDOC budget increased by 7%, while funding for state K-12 education decreased 14% and the University of Wisconsin System budget decreased by 21%.16 Indirectly, having a history of incarceration leads to economic marginalization by reducing the employment prospects and earning power of those justice-involved individuals. The vast majority of those who are released from prisons and jails in Wisconsin are working age and having a record of incarceration is a major barrier to obtaining employment. Incarceration thus impacts the economic security of individual families and the communities they live in, while also likely weakening the state’s economy.

Through its unequal incarceration rates and the effects of incarceration on health, Wisconsin’s criminal justice system is both impacted by and contributes to the structural racism in our state. We believe that as health care providers, we can reduce the effects of this system through a number of ways:

Taking these steps will not only benefit incarcerated individuals but will also save the state money, both by reducing the burden of disease in this population and reducing recidivism and reincarceration, especially through the provision of mental health support. Perhaps most importantly, these actions are a necessary step towards removing some of the underpinnings of structural racism and discrimination in Wisconsin.

We acknowledge that the problem of suboptimal health care is not unique to those who have experienced incarceration. However, we hope we have illustrated the epidemiological crossroads that so many Black men in Wisconsin face as the result of an unequal criminal justice system. Until we begin to address the challenges and barriers to their health and well-being, our state will continue to be plagued by its disregard for this marginalized community. In these historic times, health care providers should embrace our roles as patient advocates by promoting the health of all of Wisconsin. 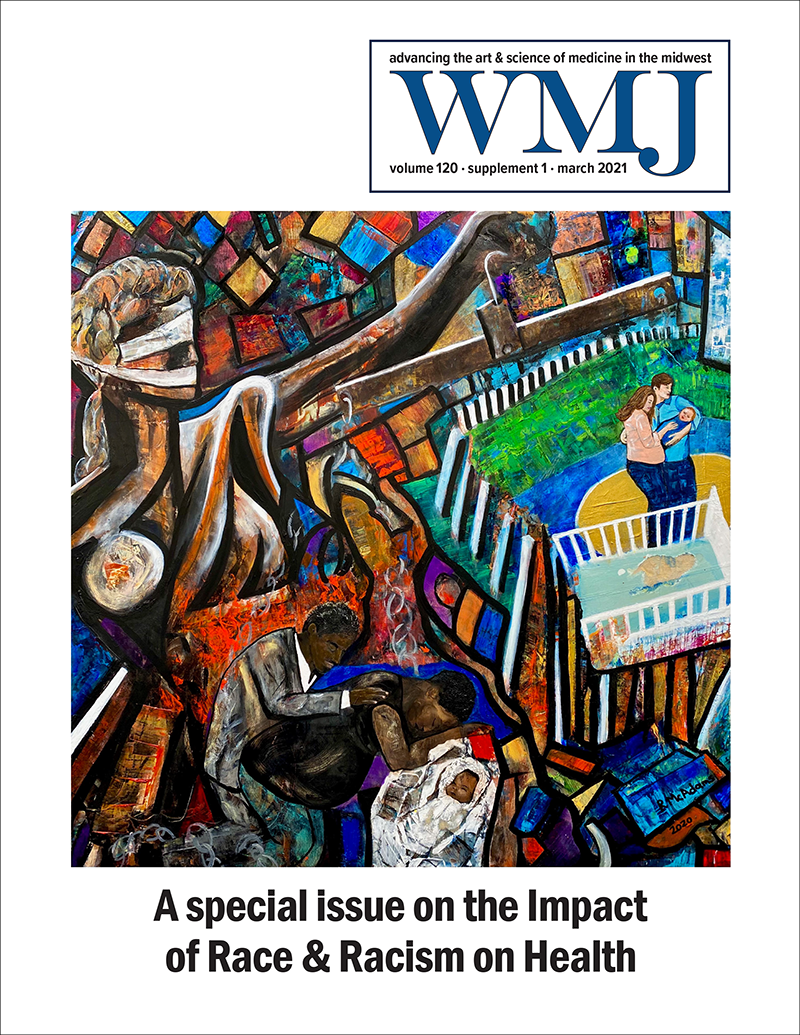